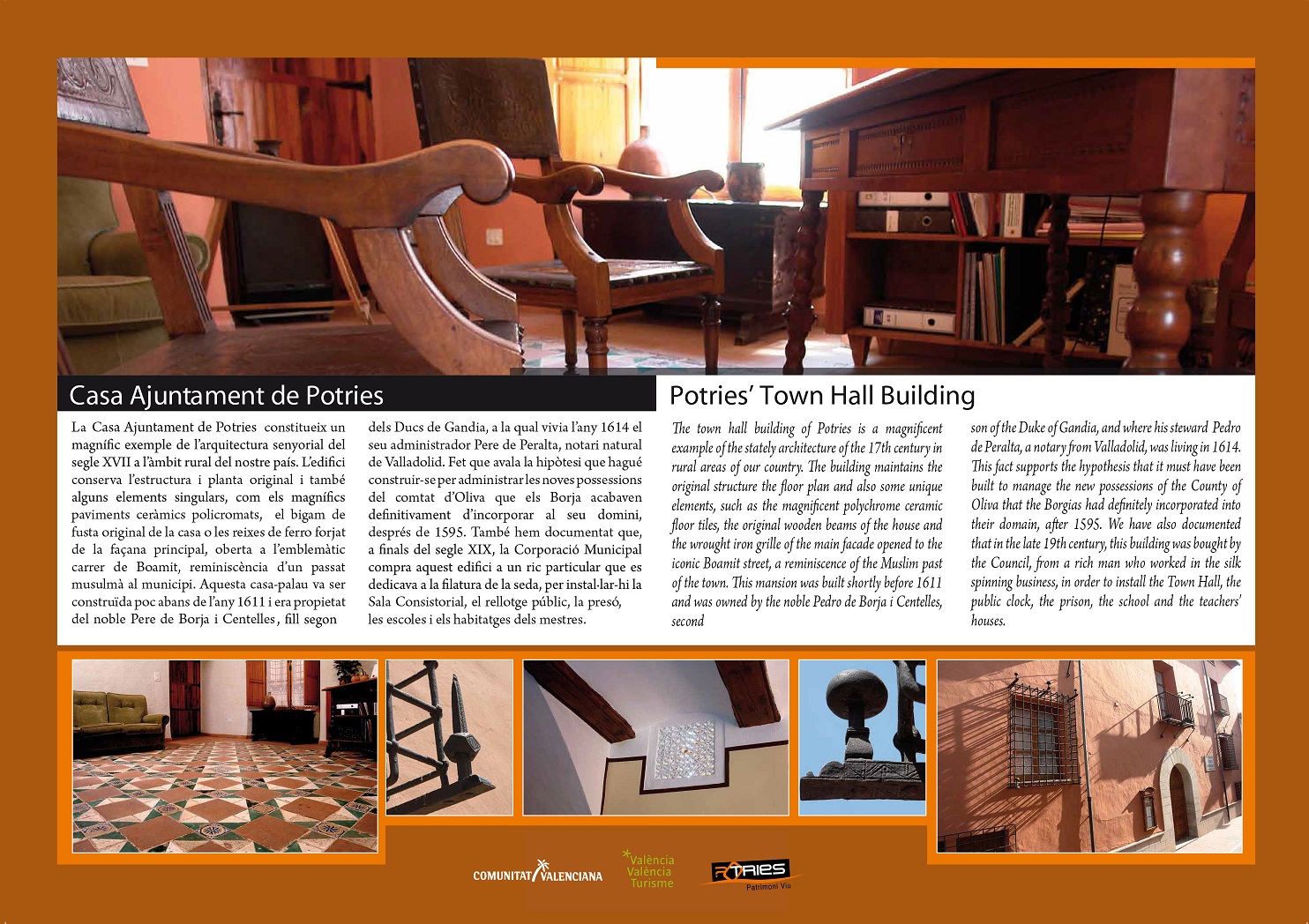 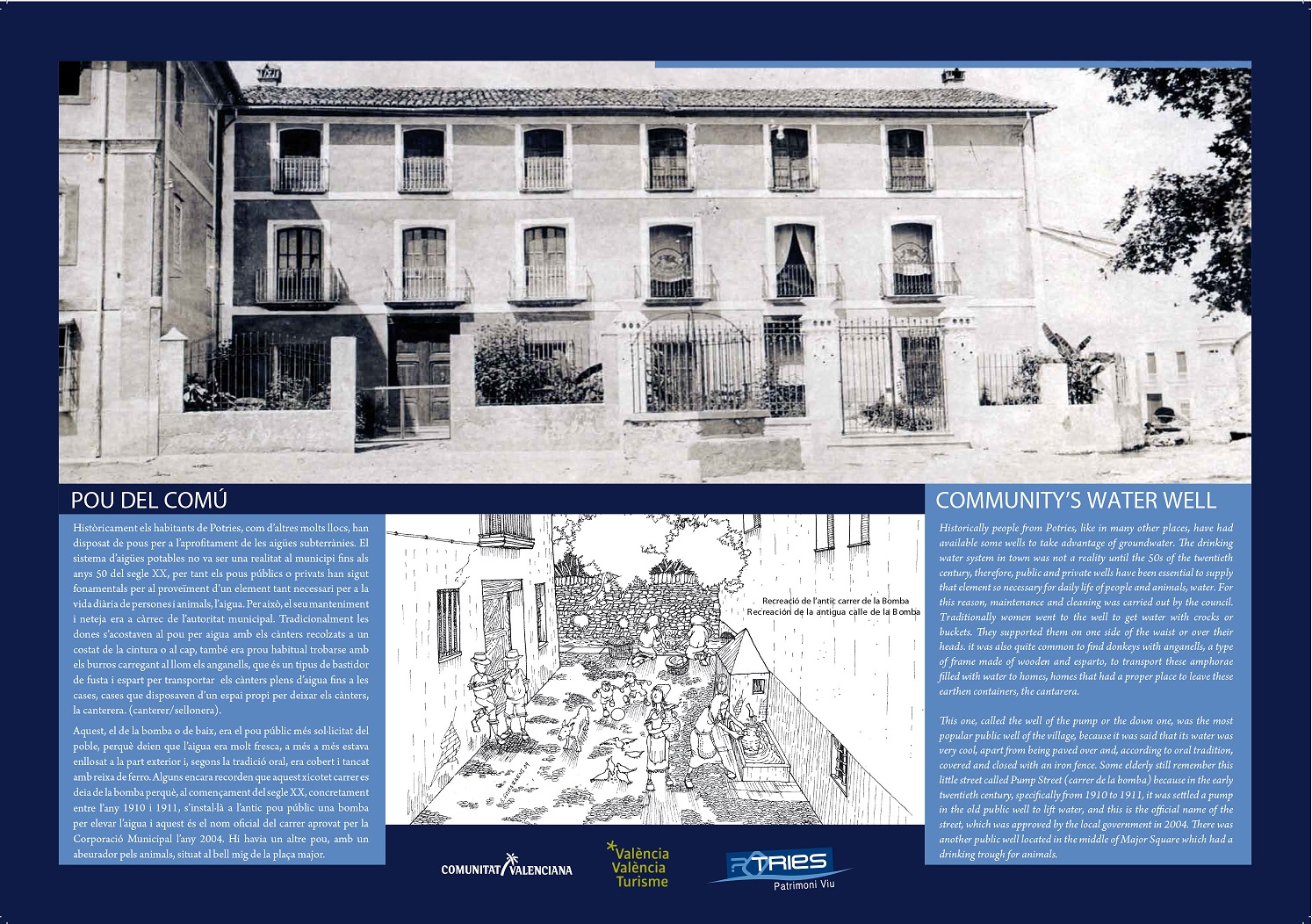 The Boamit Street, where the Potries Town Hall is located, presents a winding layout, with evident reminiscences of the Arab past of the village. Its name comes from a family of well-known Morisco sugar traders, documented in Potries in the 16th century.
Boamit corresponds in Arabic to the name Miquel. It is said that Miquel was the leader of a lineage of rich Moroccan farmers who, like their poorest coreligionists, had to leave their homes by force in 1609. As we see, his name has survived in the urban toponymy of the town. The wealth of Miquel and the whole Boamit family was based on the commercialization of agricultural products. They were part of the outstanding figures in the village, a small elite that, from an economic point of view, had little to do with the rest of the community. This type of rural merchants traded with their own products or others bought in the region in Valencia, and even outside the limits of the country, in Aragon.

4-Gate of the oil mil or of the river 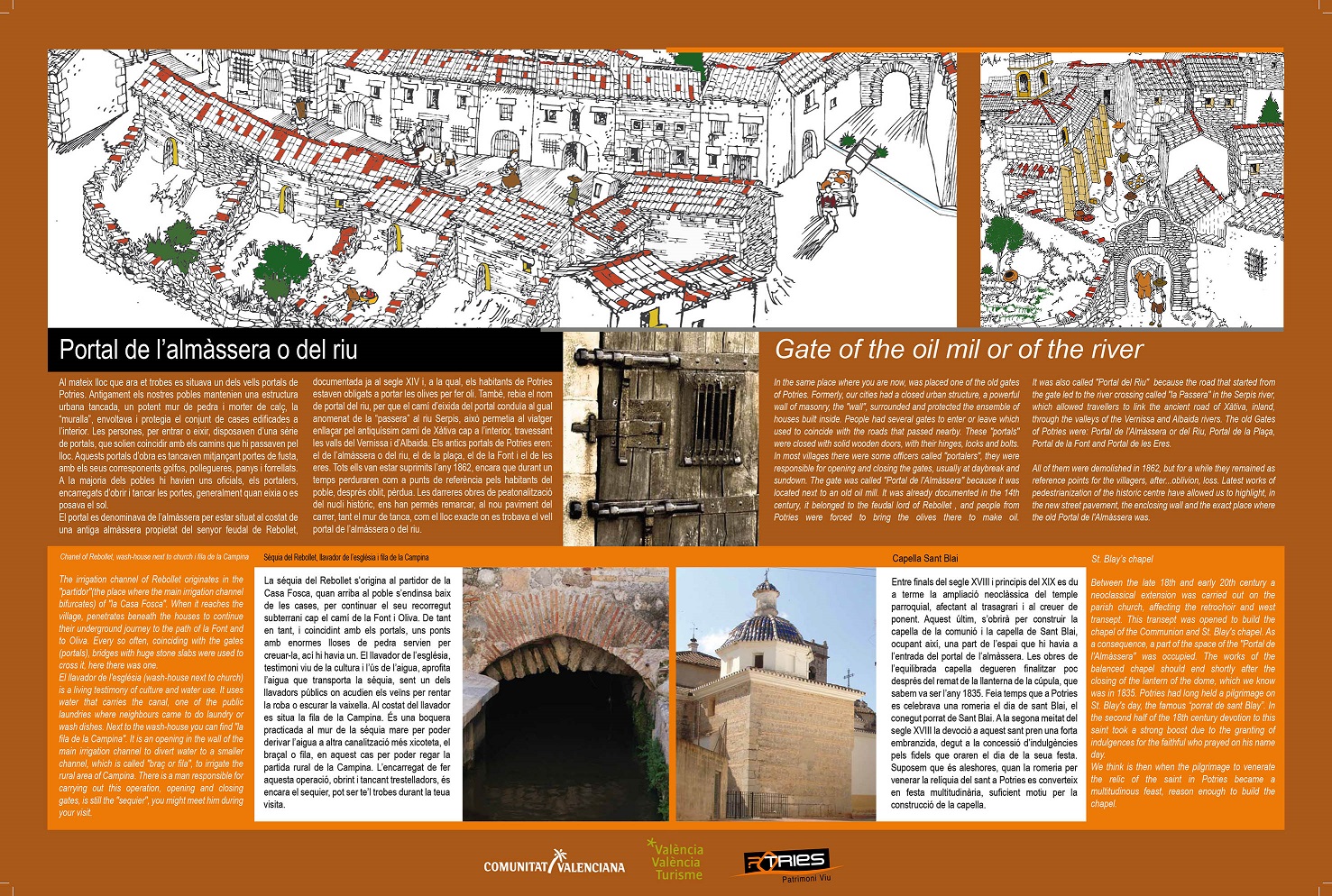 The church washhouse is a living testimony of the culture and the use of water in our town. It was covered for years with a concrete structure, due to health and safety reasons. This cover has been removed to visualize this old urban washhouse again and hear the rumor of the water.
The washhouse receives its water from the Rebollet Canal, being one of the public washhouses where the neighbours came to wash their clothes or tableware. Like the one on the road, it has a sloping bench along one of the walls of the canal, so clothes can be washed without kneeling, but it has lost the metal cover over wooden beams and the iron columns that characterized it. 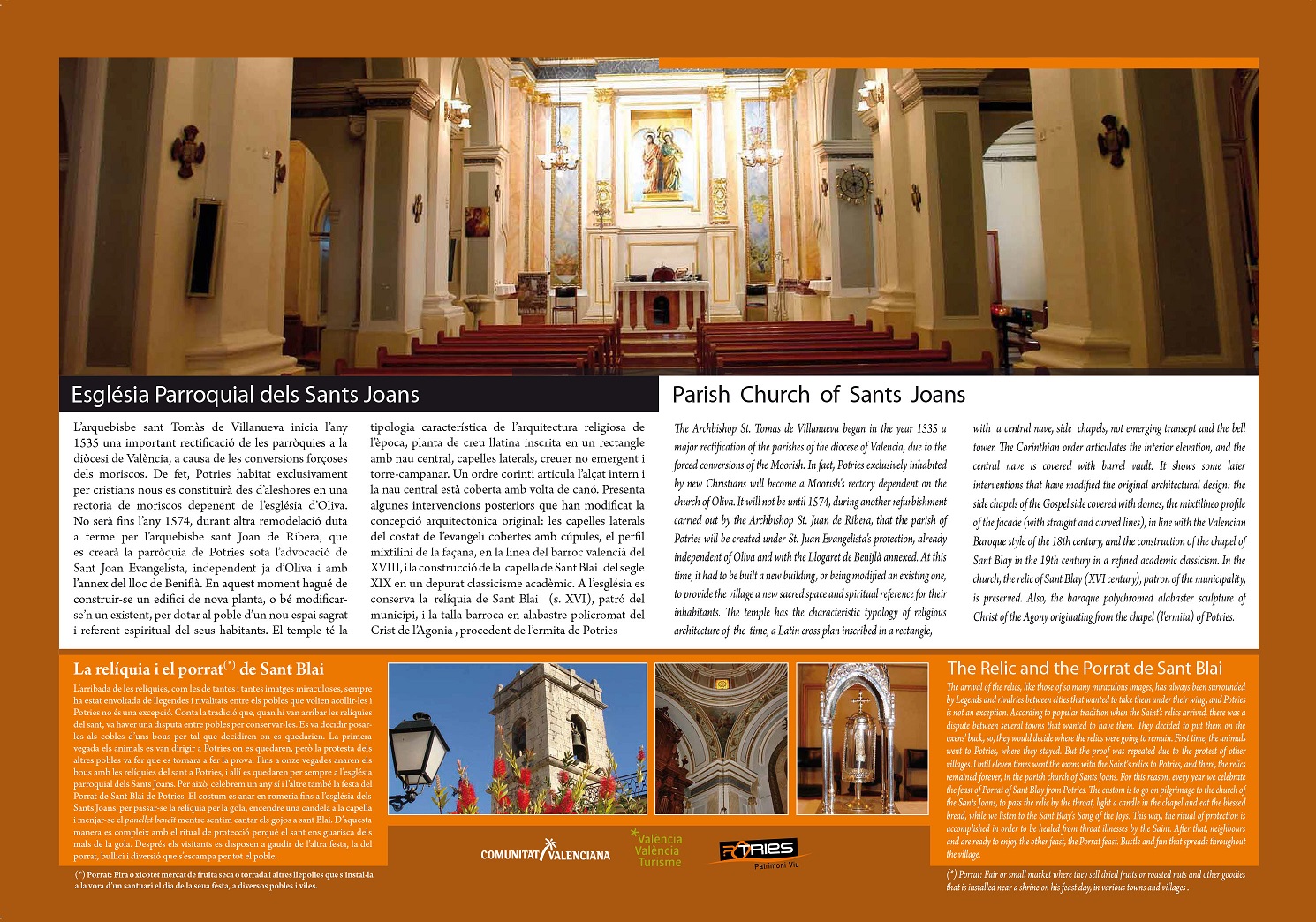 7-Chapel of the Holy of Agony 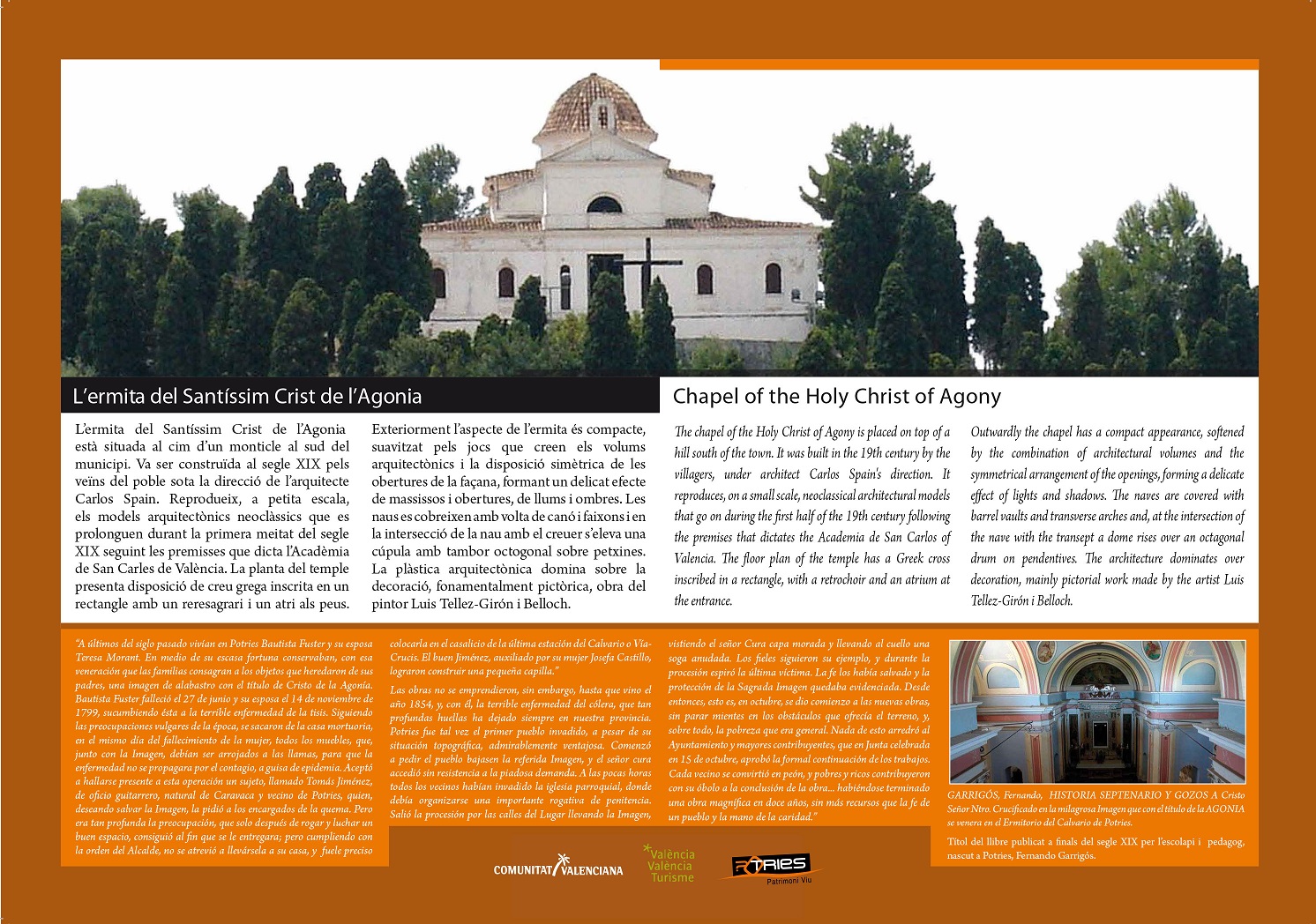 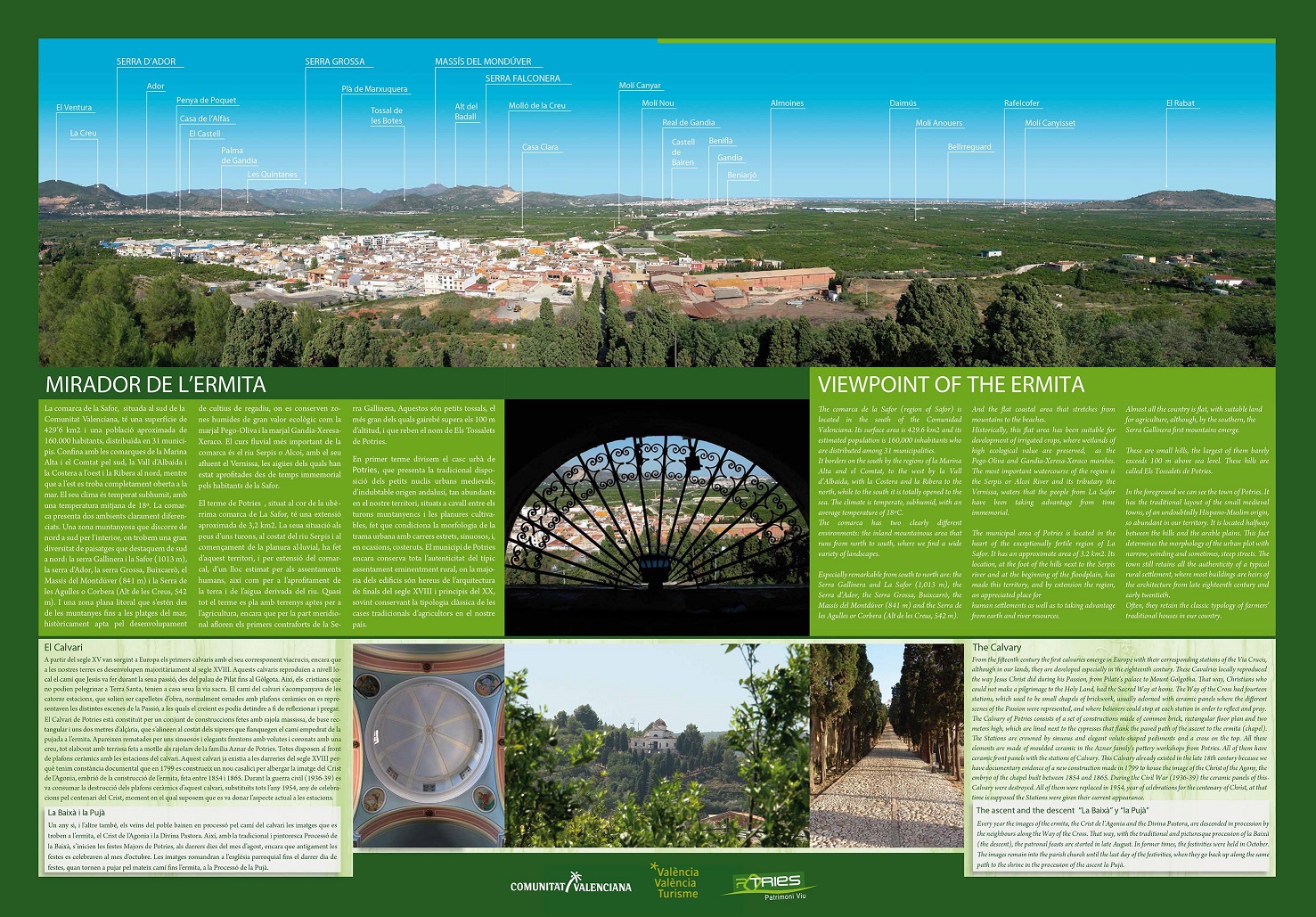 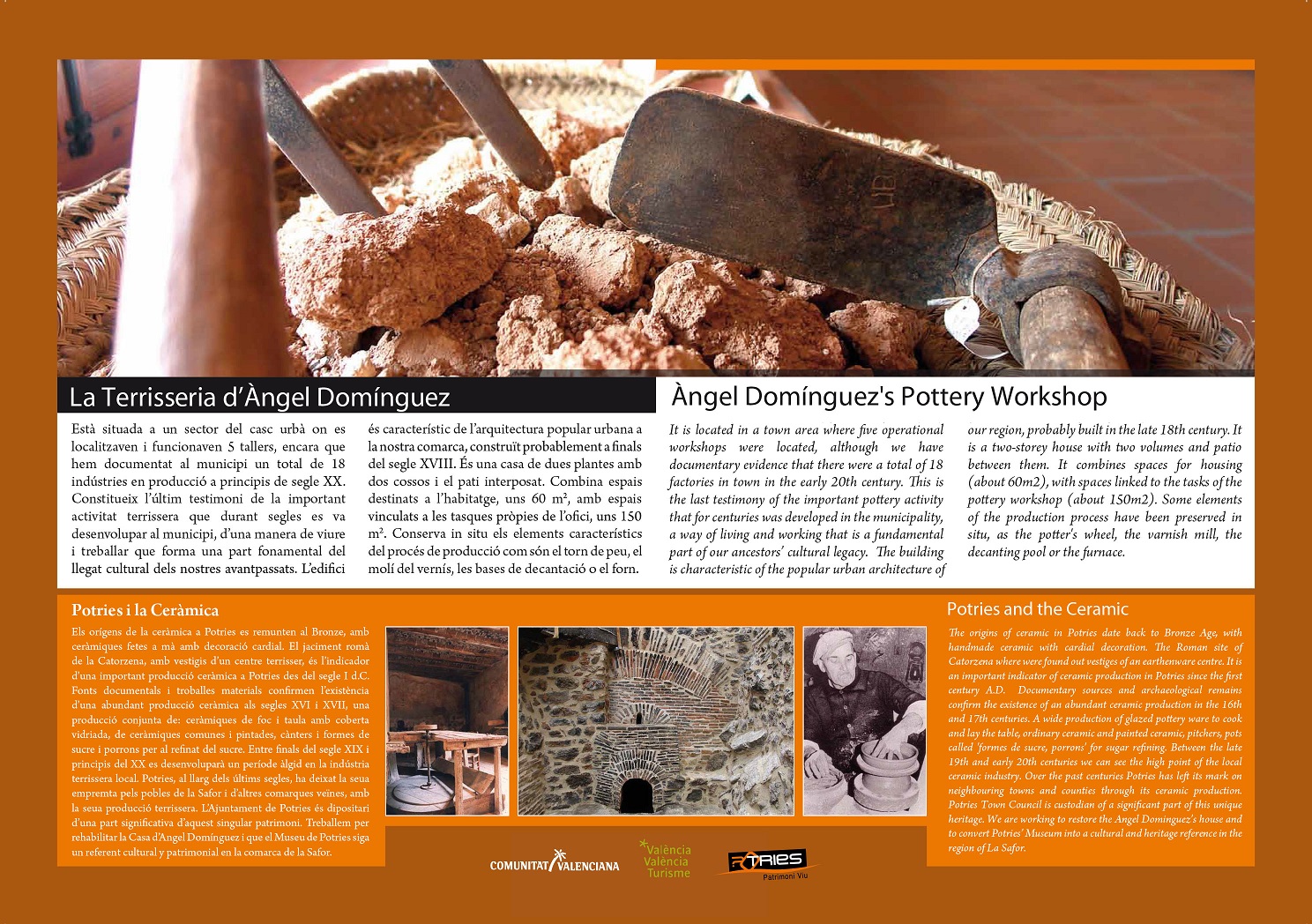 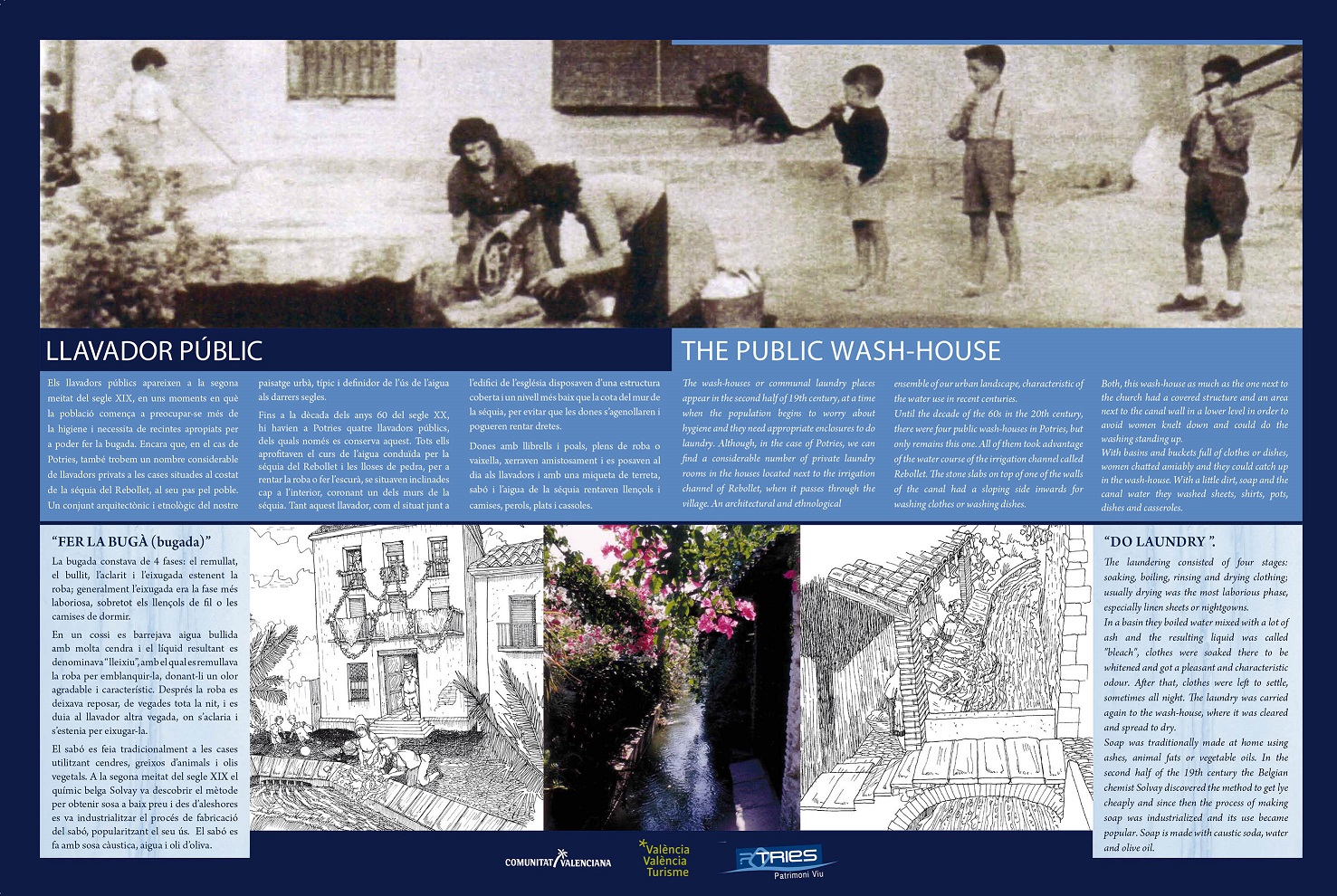