The parish of Potries was established as an independent entity in the last quarter of the 16th century, after the remodelling of the Valencian diocese carried out by Archbishop Sant Joan de Ribera in 1574. Prior to that it was a morisco rectory pertaining to Oliva. This church has the characteristics of the religious architecture of the time, influenced mainly by the Jesuitical premises.

It has a Latin cross plan inscribed in a rectangle, a central nave covered with a barrel vault and transverse ribs, side chapels, a non-emerging crossing and a bell tower occupying the space of the first chapel on the right side. The interiors are sober, they articulate the elevation by means of composed pilasters over pedestals, transverse arches and barrel vaults.

We know there have been, at least, two interventions that have extended the church on its western side. The first one, carried out between the end of the 17th century and the beginning of the 18th, which enlarged the lateral chapels and covered them with a dome, and shortened its facade endowing it with a more mixtilinear profile on the top, both works in accordance with the typical baroque style of the time. 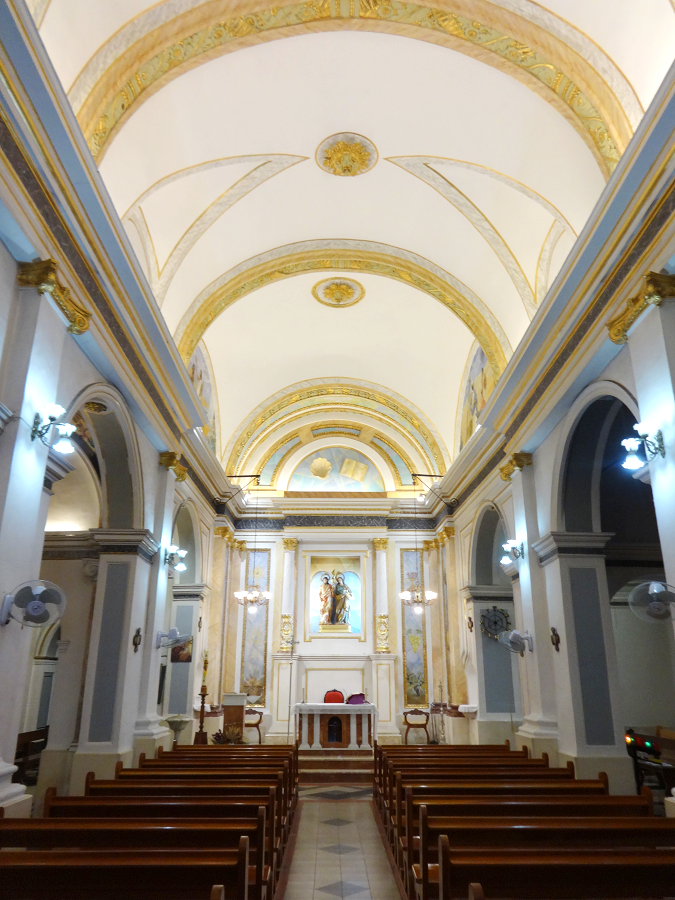 The second one, executed during the first quarter of the 19th century, resulted in the construction of a new chapel, dedicated to Sant Blai, beside the crossing. It features a Greek cross plan covered with a dome over pendentives and a lantern. Its architectural style reminds us of the classicist current dictated from the Sant Carles Academy in València. 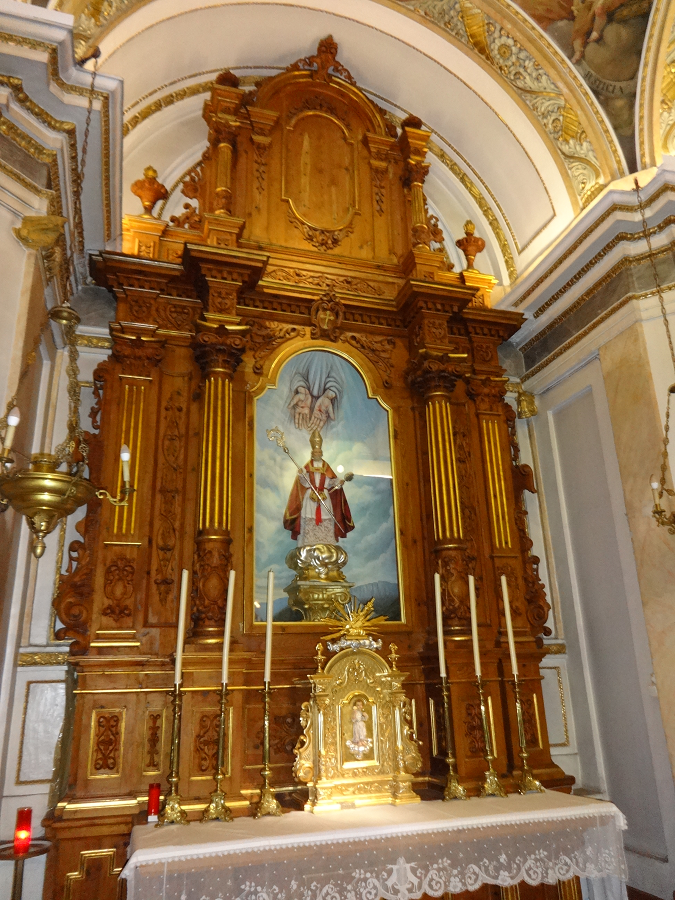 The stonework of the church is mainly of rubblework and lime mortar, though we find brickwork too; as for the stone ashlars, we can find them in the sober facade, tower corners and the Sant Blai chapel, but especially in the upper bell tower, built exclusively with this local material. This construction element approaches us stylistically to the period when the parish was erected, being an example of the customary herrerian style in our region. The cover is a gable roof with arabic tiles. 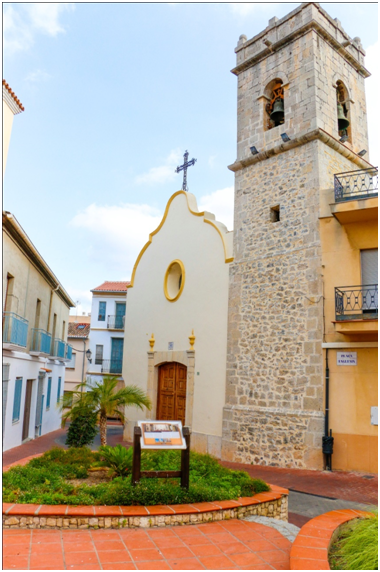 Image of Sants Joans Church and the bell tower.

The church retains the relic of Sant Blai (16th century, patron saint of the town), and a copy of the polychrome baroque carving of the Christ of Agony. These elements of our cultural heritage help to keep alive important religious and festive traditions in our town; such as the traditional processions of la Baixà (the Descent) and la Pujà (the Ascent) in our town’s major festivities. Not many festivities have such a popular rooting and support as the well-known Porrat de Sant Blai in Potries. Year after year, uninterruptedly for many centuries, thousands of visitors come to our town, to fulfil the religious ritual of passing the saint’s relic by the throat to heal and prevent diseases. 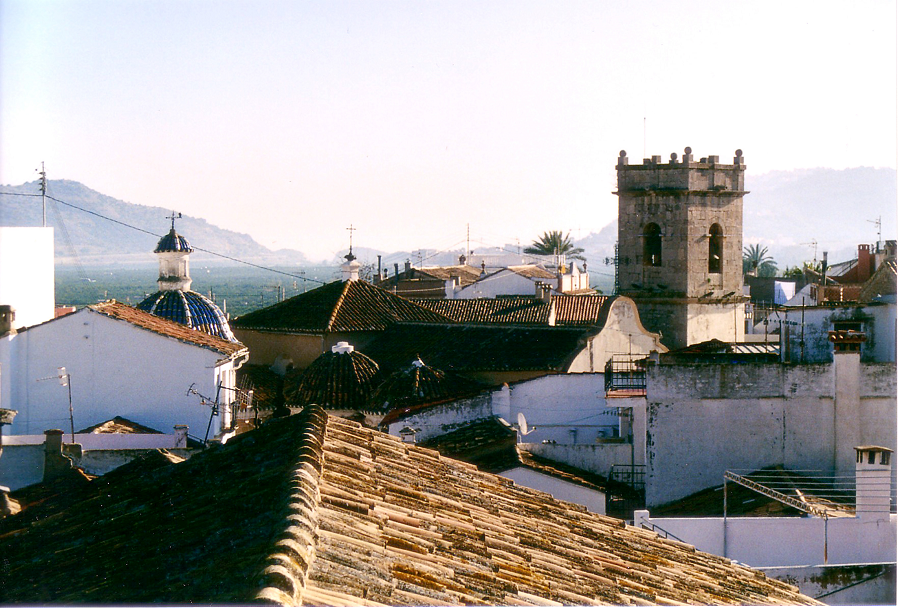 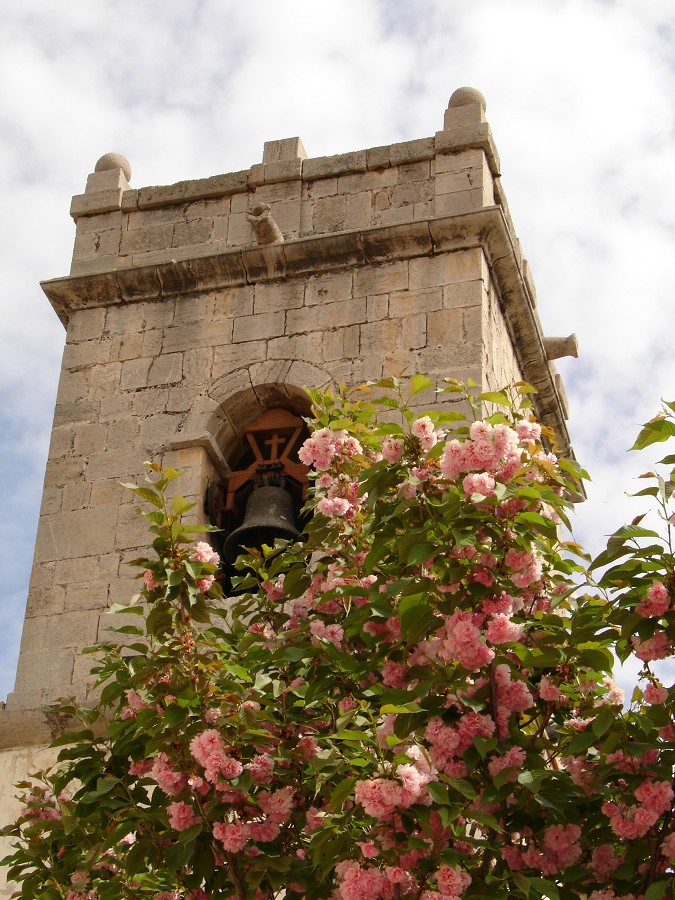 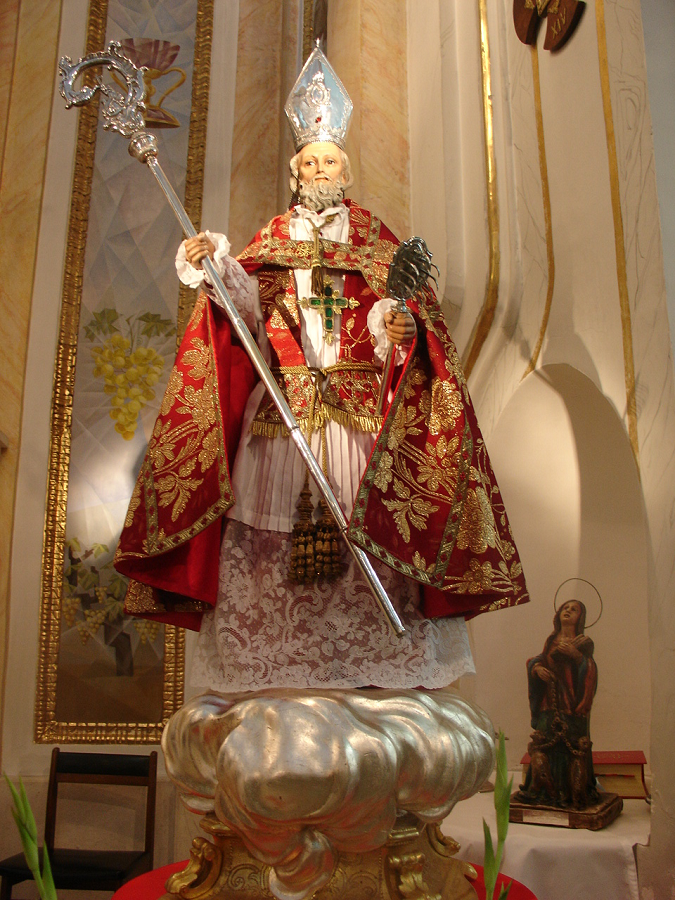 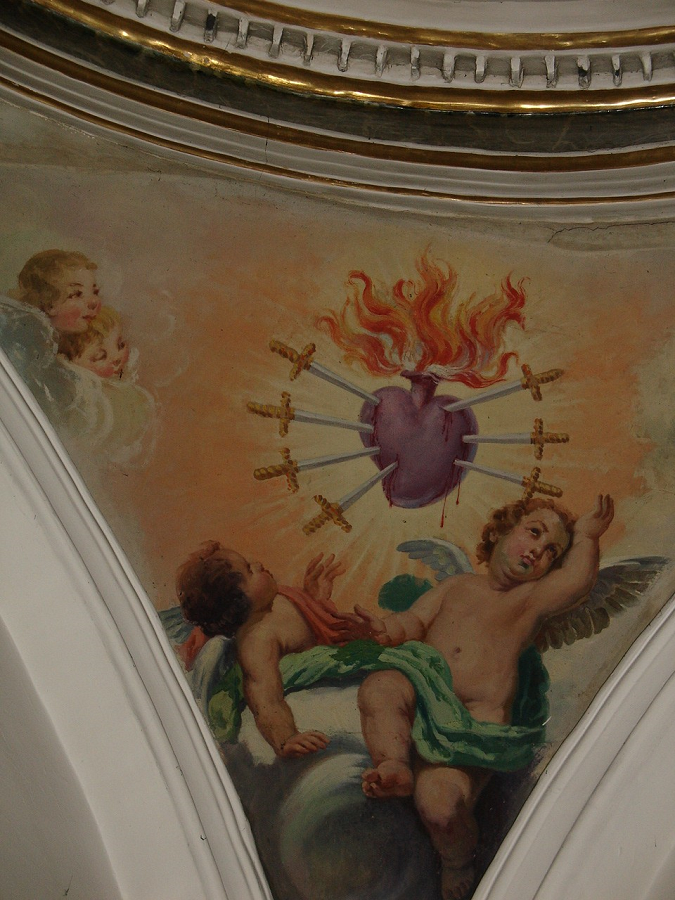 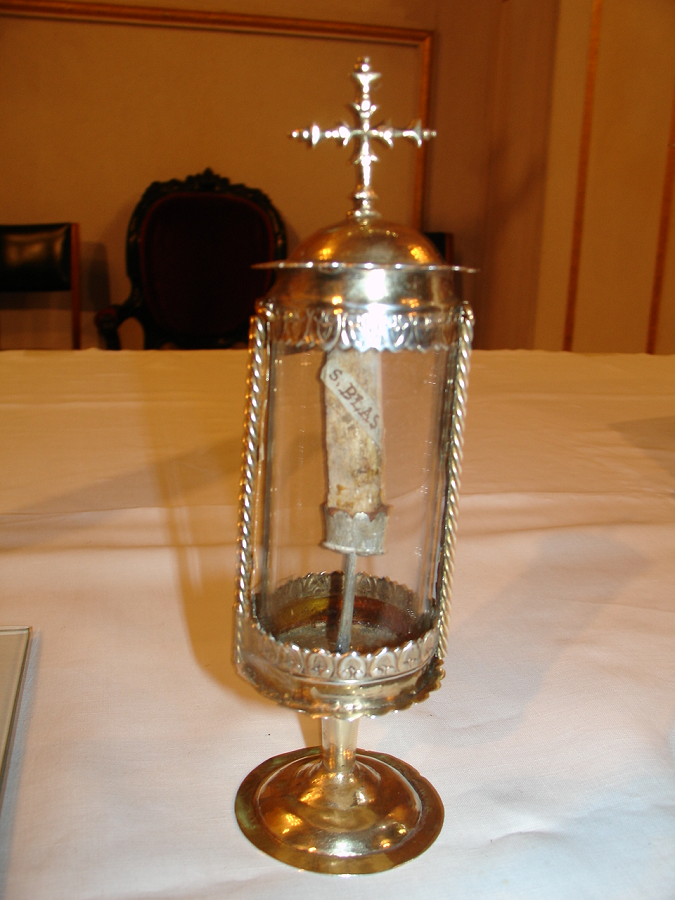 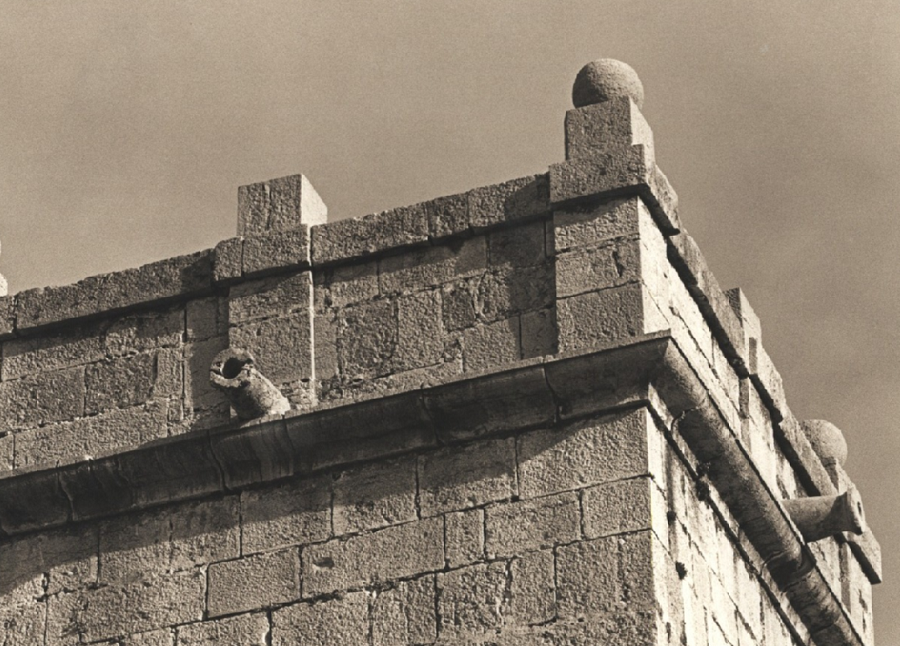 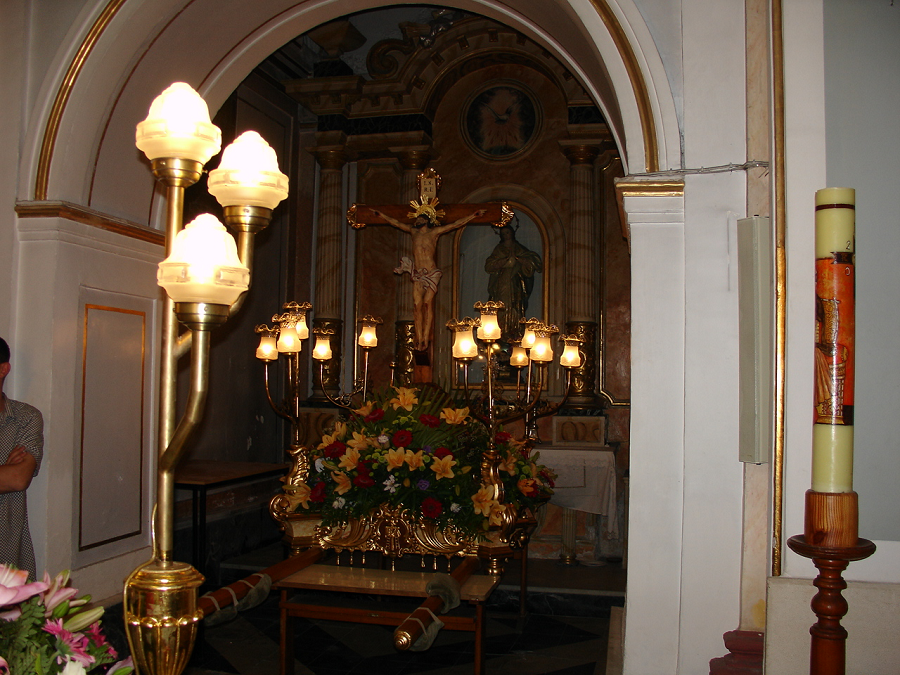 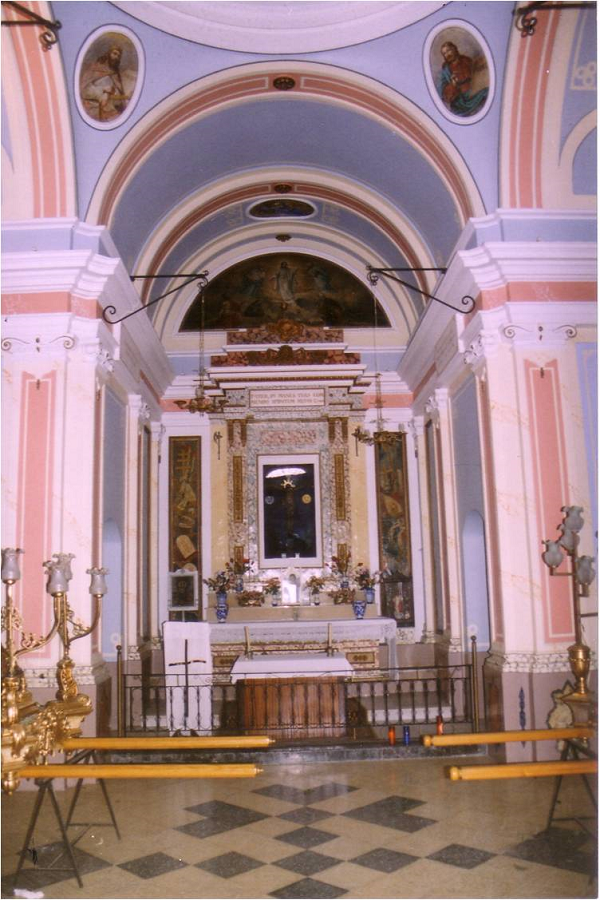